Doodle Army 2: Mini militia is the sequel of stick man shooter Doodle Army. Mini Militia game 2 is a multiplayer game that has made its mark by entering into the list of most liked games. Mini Militia is developed by Appsomniacs LLC.

Released for both iOS and Android platforms, it is compatible with a majority of smartphones. It has gained a lot of popularity in a concise time. Contradictory to its violent genre, this game is pretty amusing and fun.

Let us check about Mini Militia in detail covering all possible aspects.

What is Mini Militia?

Mini Militia is a combat multiplayer game that is full of fiery features. You can create a cluster of friends and enemies and then get set shooting, hiding, jumping, killing and whatnot that is associated with a war game.

The ones who love to play shooting games found Mini Militia highly entertaining and addictive. It might seem an offensive game, but it is fun when played. It gives a wide variety to choose for weapons. Sniper, bombs, bullets, shotgun, flamethrower, etc. and the list is quite long.

You can play Mini Militia game either in online mode, or in offline mode. In online mode you can create a team with your friends and family or even a single player is compatible. Offline mode is either the practice match or you can hook up to a nearby wifi connection.

Your life depends on the blood you have. The blood gets deducted and added in accordance with different factors. The blood is reduced when you get hit by a bullet and the deduction level depends upon the type of gun and the hit spot. The blood level increases when you collect power-ups.

A Player can choose their quirky or scary names just for entertainment. They can choose to fight in a particular background area like a forest or a city or others. Kill players by choosing guns that have the longest ranges.

The gun ranges may last up to 6 times(6X). So even you are not in the visibility area, you can kill your enemy with your weapon. Use smoke bombs to kill your opponent. Train yourself with Sarge in offline mode to become a better warrior.

Distance is not a bar in Mini Militia. No matter how far your friends are, connect to them on LAN and get the adventure to begin! Connect multiple players and get the battle to begin.

Open world maps for a long vertical flight using rocket boots. This is a flying and killing kind of  experience with a rocket in your feet. It has a survival mode which you can play against bots while you are the only player. So it has all your needs covered by offering this mode.

Create teams, get loaded with weapons and shields. A brownie point is you can choose two weapons. Choose any of two guns in both the hands or pick a pistol in one and a shield in another.

The game is structured simply which makes it easy to use. You will get to discover a lot more when you start playing this game. It serves its users with latest and constant updations to keep them glued to the game. It creates a sense of challenge and fun. So users eagerly wait for the new updates.

Quick tips in Mini Militia may help you survive for long and for better. Check out some of these hacks to fight for a long duration. 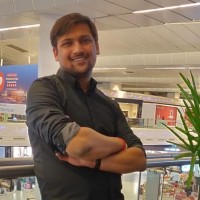 Having profound interest in trade and business activities, Abhinav Garg chose to pick up digital stream to kick start his career. His hard working and dedicated attitude forced him to take up new challenges. As a result he is a successful SEO Senior Executive currently working in Innovana Think Labs. He is fond of exploring and travelling to new places. He loves experimenting his taste with different cuisines. His leisure time includes playing snooker and spending time with family.

3 Games For Couples to Test Out Relationships

Submit Your App - Write for us
© Copyright 2019 www.appreviewsbucket.com All rights reserved
MORE STORIES